The best “Instagram” spots to snap a photo in Athens.

Europe’s oldest city has endless things to do and neighborhoods to explore that easily can feed your Instagram account for weeks. Stroll around traditional neighborhoods, visit archeological masterpieces, discover the modern side of the city and mingle with locals in unique spots. Here, you’ll find our spots where you can snap your best ever photos in Athens!

The Acropolis & the Temple of Parthenon

Climb to the top of the Acropolis Hill and capture once-in-lifetime shots with the temple of Parthenon, the major Greek landmark been inhabited continuously since 5000 BC. Feel the vibes of this global cultural monument being the legacy of ancient Greeks to all people; Follow the steps of ancient philosophers and the founders of Democracy; And check why celebrities such as Marlon Brando, Jackie Kennedy Onassis, Jennifer Lopez, Barack Obama, Agatha Christie, Prince of Monaco, just to name a few, love having a snapshot next to the monument. 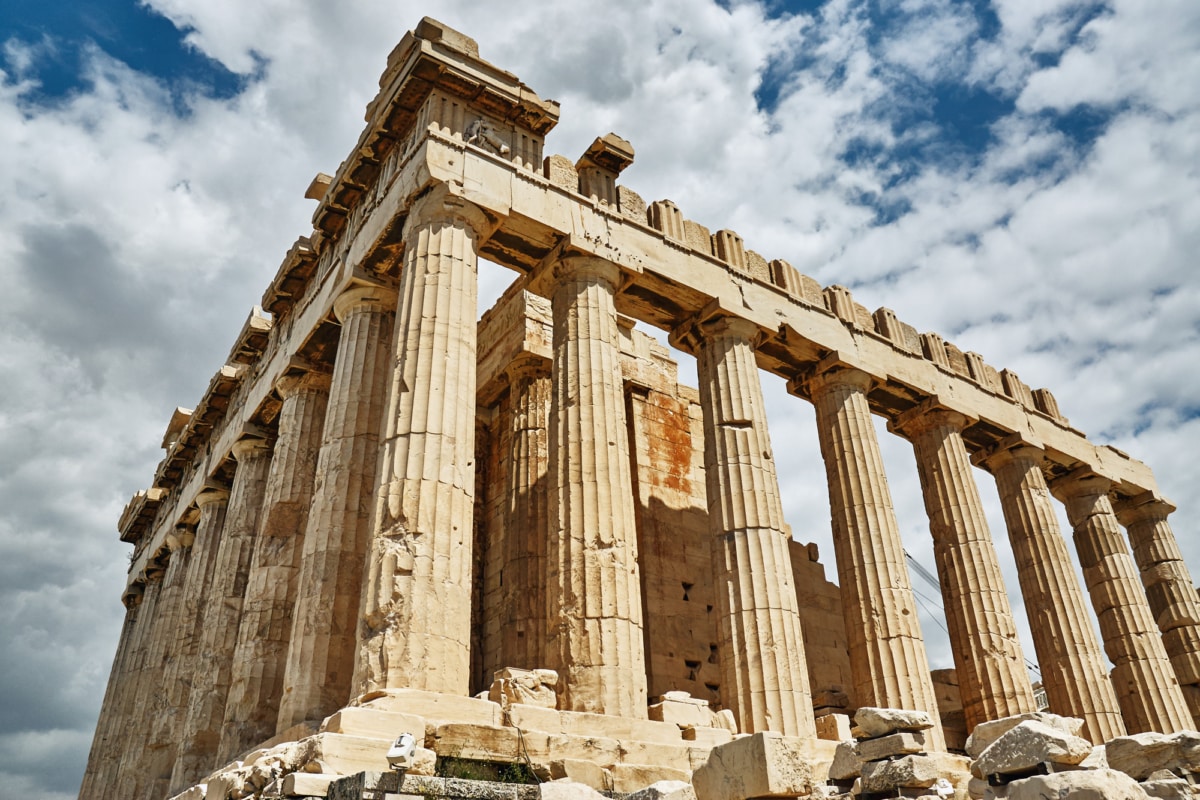 Among the best museums worldwide, the Acropolis Museum is a modern masterpiece with a stunning view of the Acropolis rock and a great collection of findings discovered on the hill. The countless artifacts and the Parthenon marbles are a great reason for visiting the museum but the real star here, are the original maiden statues of emblematic Caryatids, once propping up Erechtheion temple! 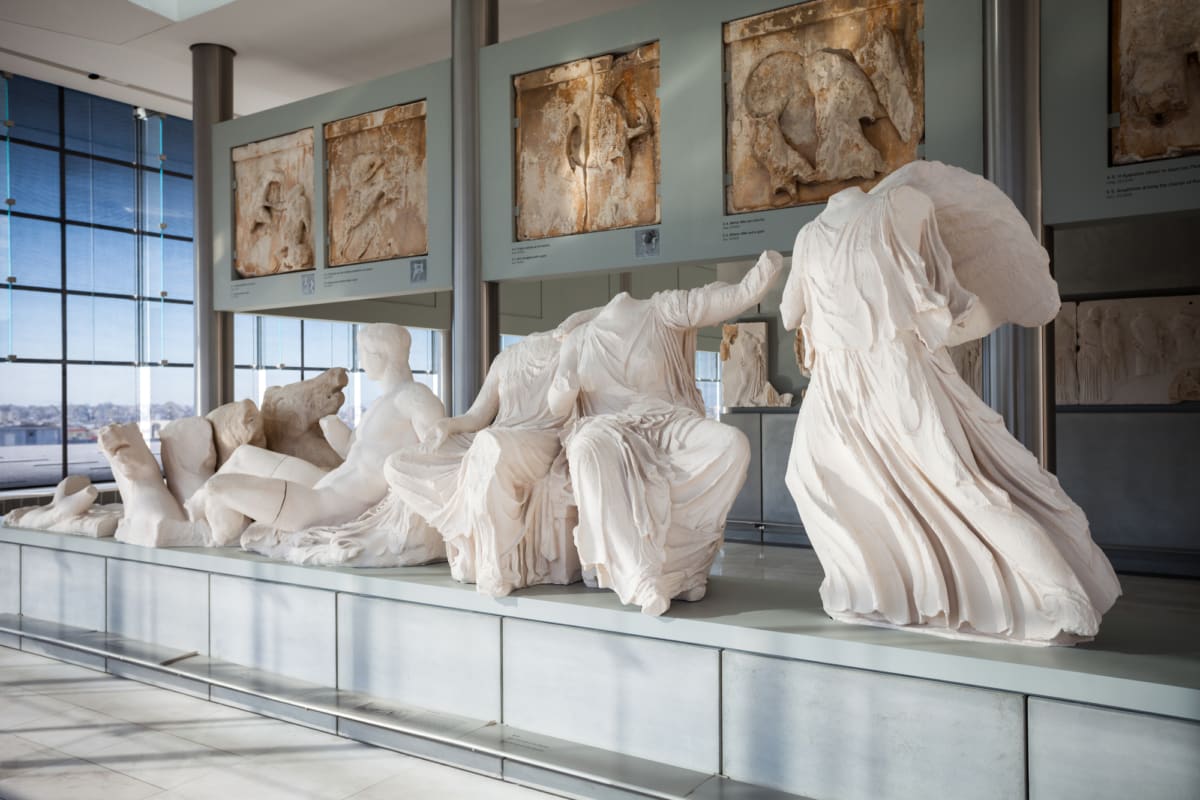 Stroll around Plaka, Athens’s oldest neighborhood and get ready to “click”  around every corner, as this hillside neighborhood has a village atmosphere with countless cobbled maze alleys filled with bougainvillea trees, pastel-colored houses, mythical monuments such as the Tower of the Winds, the Choragic Monument of Lysicrates, many medieval Byzantine churches, and shops with local products and tastes. Local tip: Look up for some surprises! 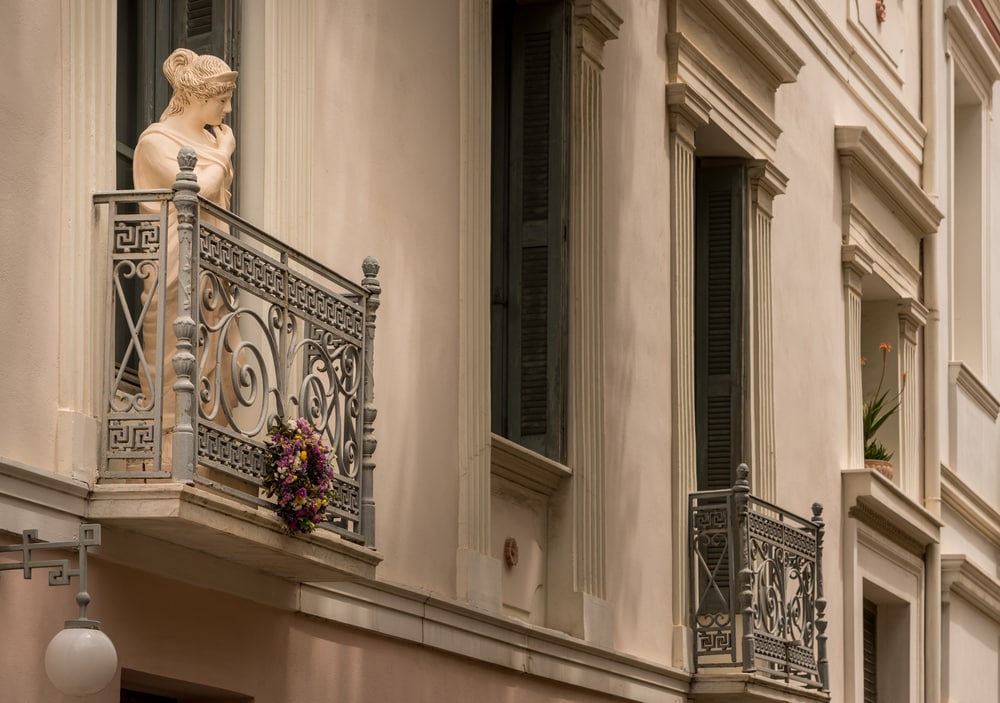 Below the eastern slopes of the Acropolis rock, discover the well-hidden small enclave Anafiotika, called by the reminiscent of the Greek island Anafi. Same as the island, this neighborhood is full with whitewashed cute houses, narrow alleys, winding staircases and yards full of flowers offering numerous click spots over the alleys and panoramic vistas to Athens and the Acropolis hill. 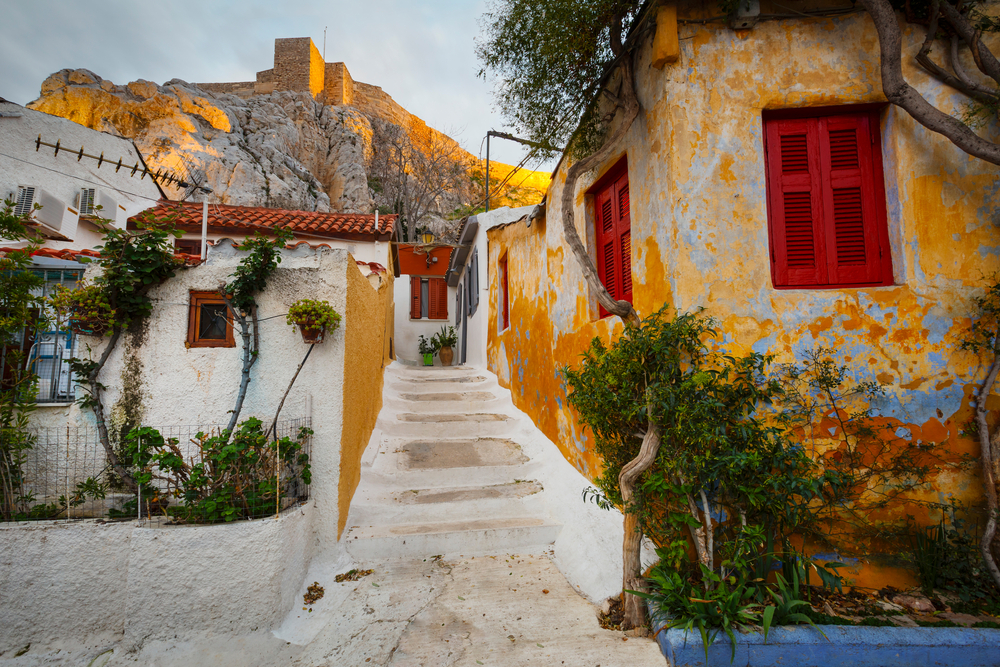 If you are a graffiti lover, then you should head to Psiri District, the alternative neighborhood of Athens. The walls of old small factories and workshops have been transformed into a big open-air art gallery, the perfect background for your story feed. Check out the surprisingly bustling art scene in the city streets, pass by artsy alleys and visit innovative designers collectives, vintage shops, secret underground clubs, and hip hangouts! 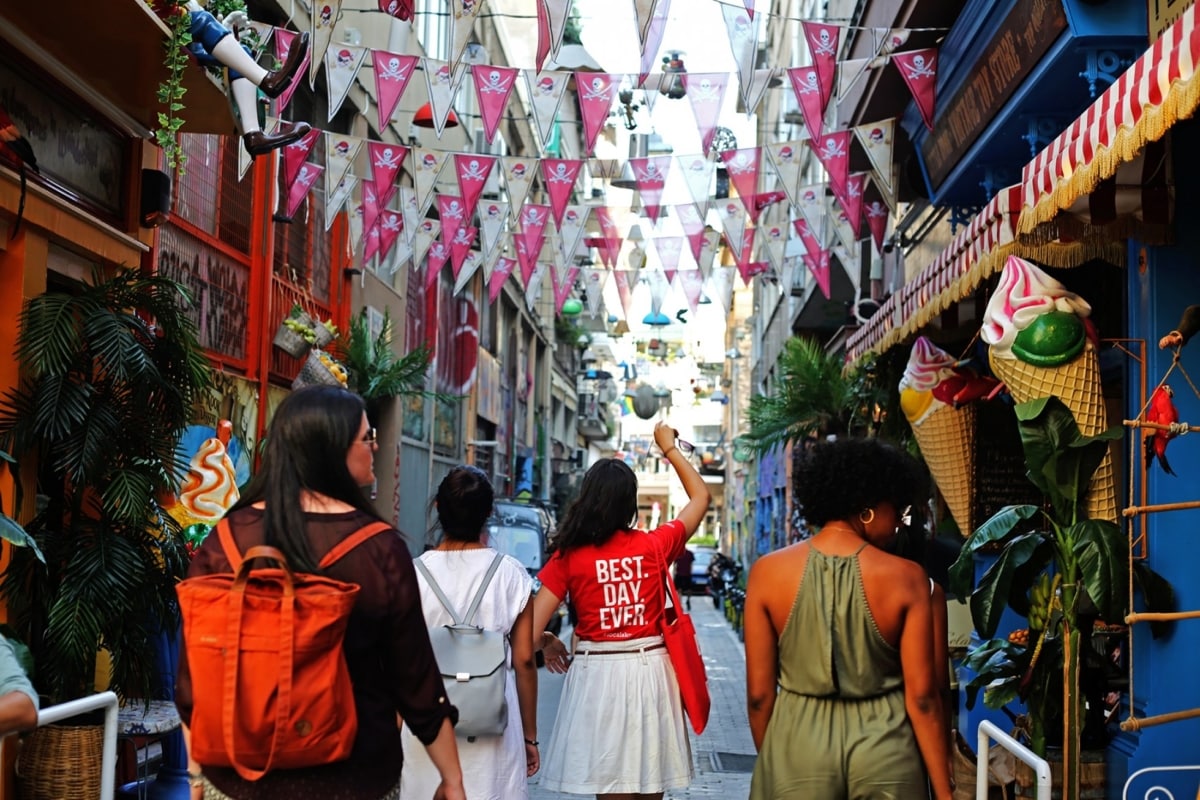 The highest hill of Central Athens, Lycabettus Hill is really worth your effort to climb to the hill’s top, – or for those less active- to jump on the funicular and reach it! Standing 277 meters above sea level, Lycabettus Hill offers mesmerizing views over Athens. Capture the Acropolis and the Parthenon from a higher point, figure Panathenaic Stadium and other Athenian landmarks and relax while enjoying the views over the sea, the Saronic Islands and the Peloponnese. While you are here, you shouldn’t miss visiting the whitewashed church of Agios Georgios. 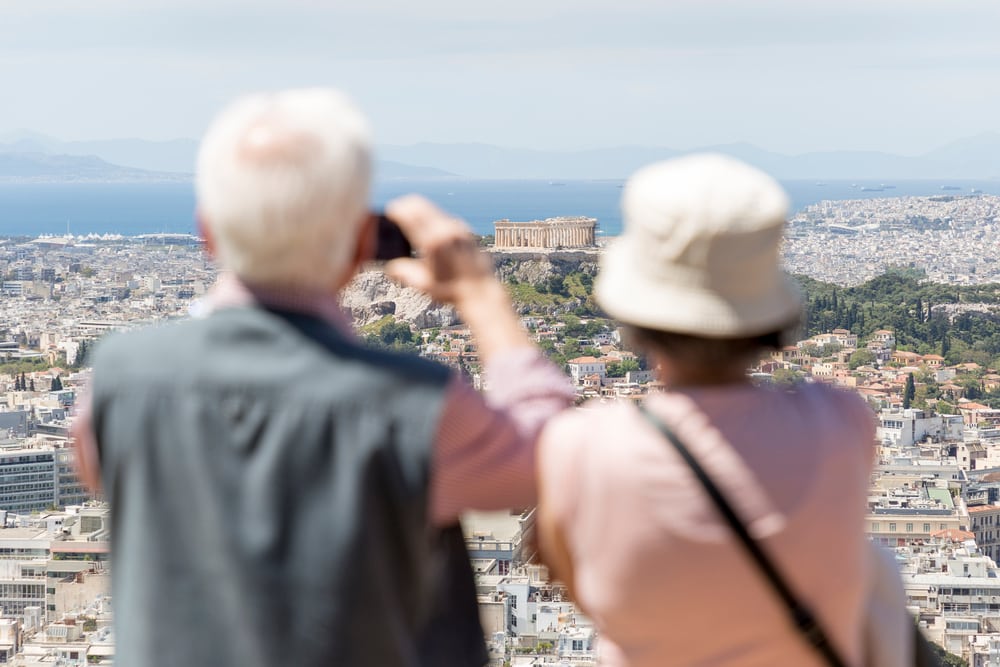 Located in the heart of Athens, Monastiraki Square is one of the liveliest squares in the city and spending some time here is something you should definitely do while you are in Athens. Feel the vibes of the square, watch people pass by, enjoy street art musicians and fruit vendors, visit Pantanassa Monastery, the ruins of Hadrian’s Library, the Ancient Agora, and the Tzistarakis Mosque, go shopping at the Monastiraki Flea Market and sip a coffee or enjoy a glass of wine at the nearby cafe terraces getting vantage views of the Acropolis. 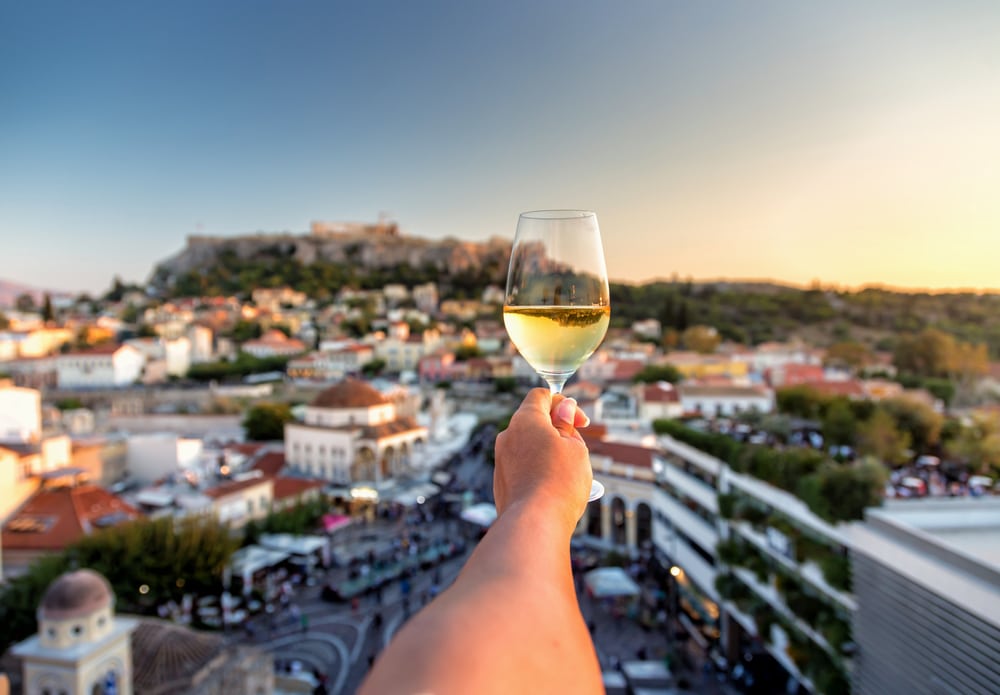 Syntagma square is the main meeting point for Athenians and the most important square of the city, surrounded by neoclassical buildings that have been converted into luxurious hotels. Create stories in the place where politicians and celebrities such as Churchill and Madonna stayed in the past. Then, move to the upper side of the square, where the parliament is located and snap amazing photos in front of the Unknown Soldier tomb where the Evzones, the selected guards wear our National-trademark fustanella, a white skirt which symbolizes the epitome of Greek bravery. 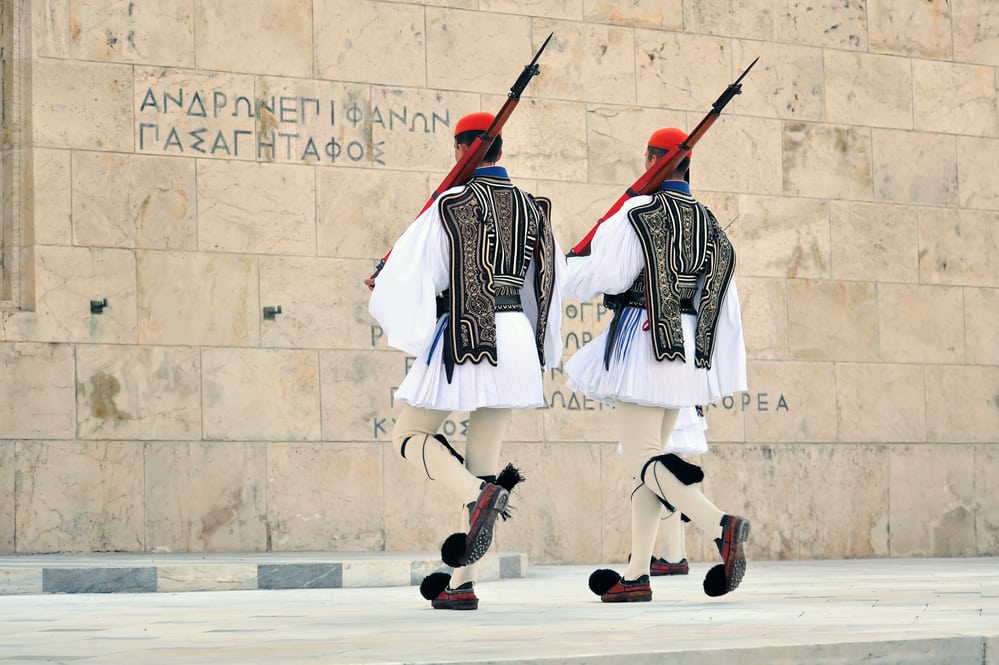 For sports fans and those who admire the classical architecture, visit the picture-pretty Panathenaic stadium and capture the place where the first modern Olympic Games took place. This entirely marbled stadium was built on the ruins of an ancient marble stadium of the 4th century BC. Walk inside the tunnels of the stadium and climb to the top of the nearby Ardittos hill for “clicking” the stadium from a higher spot. Last but not least, pose with a gold medal! 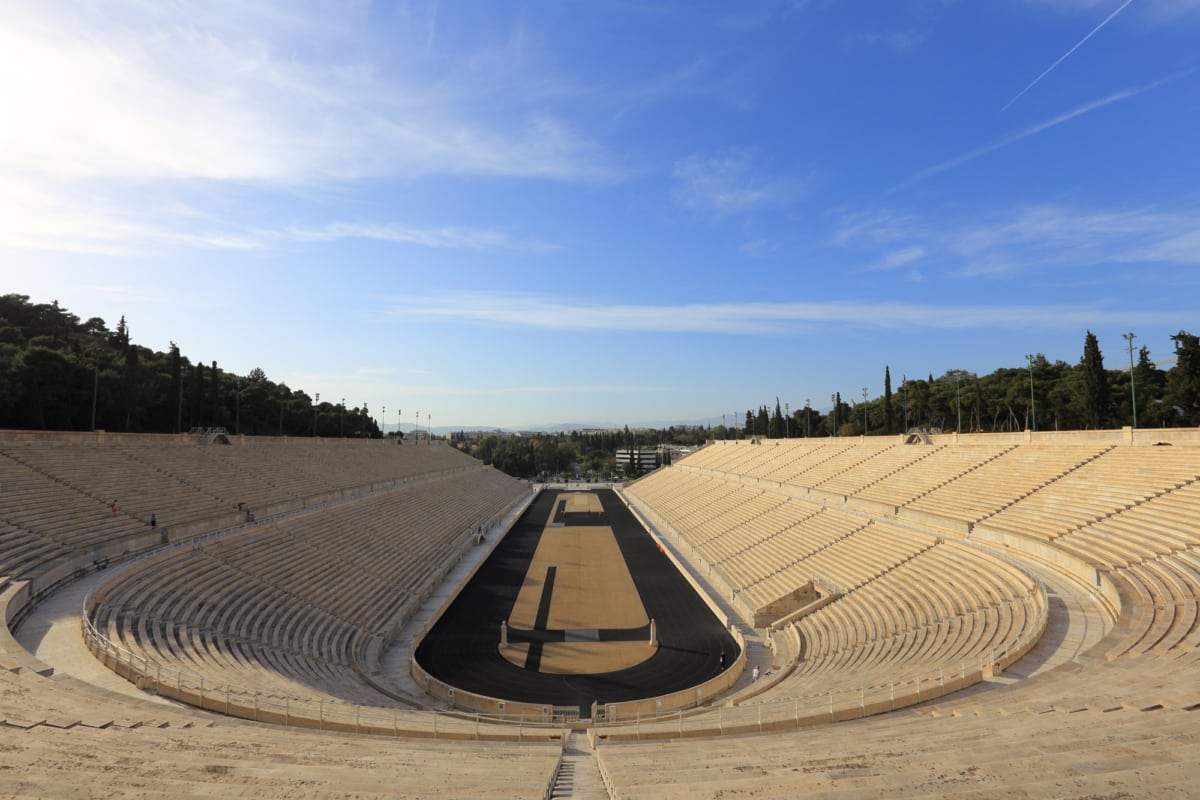 Enjoy a unique morning while strolling around Varvakeios Central market and discovering special tastes, thousand of colors and soak in the aromas. Here is the right place for foodies and those who want to capture the most colorful part of the city. Mingle with the locals, taste local flavors such as fresh fruits, local koulouri, feta cheese, olives, and olive oil and if you are brave enough sit for a “pasta” (tripe soup) in any of the market’s traditional tavernas. 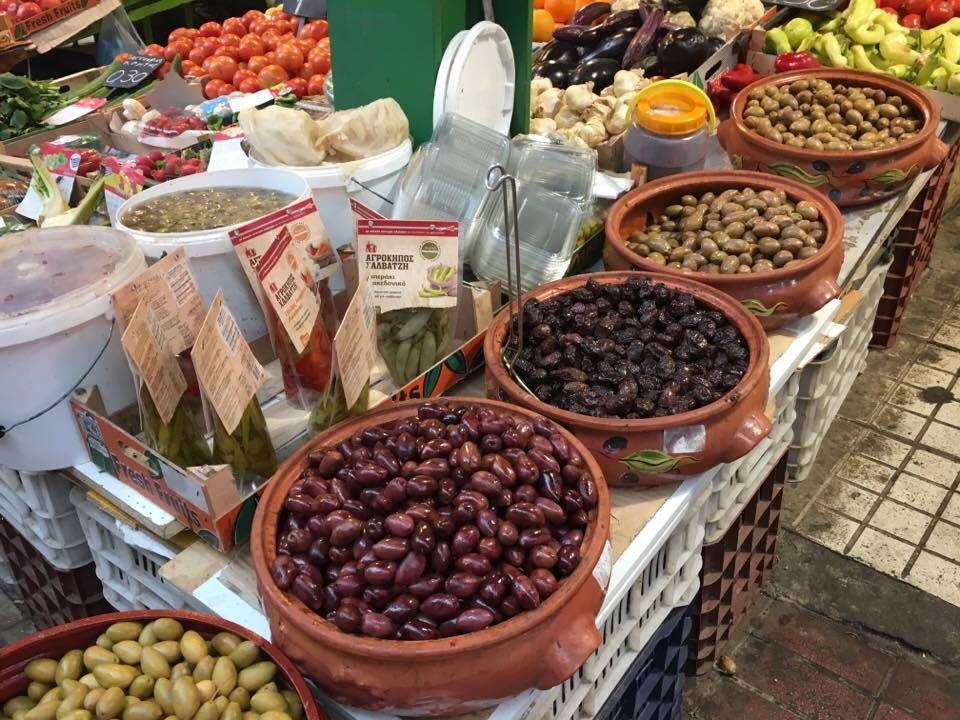 If you would like to explore Athens most “Instagramable” spots, contact us for a private bespoke tour.