For centuries the LGBTQ+ community has felt a special kinship with the Ancient Greeks for their seemingly open attitude towards same sex relationships. From Sappho and her poetry on the island of Lesbos (yes, that’s where the word ‘lesbian’ comes from) to Plato and his recollections of Socrates’ desire for his male students.

In modern times, Greece has always been traditionally conservative when it comes to LGBTQ+ rights but this has begun to change. Public support for the LGBTQ+ community has grown significantly in recent years and although same sex marriage isn’t legal at the moment, it seems fairly likely that it will be very soon. The ILGA Europe, which regularly reviews LGBTQ+ rights in European Union member countries wrote a report in 2018 that concluded Greece had made the most improvements when it came to the legal and political rights of its LGBTQ+ citizens than any other country in Europe. The poet Sappho embraces Erinna, a fellow poet, on the Greek island of Lesbos.

The ancient Greek world is full of fascinating figures that dabbled in the homoerotic world. The love between Achilles and Patroclus is well documented by Homer in the Illiad. Sappho was the head of thiasoi island communities (educated enclaves of women) and regularly wrote poetry about the love she felt for her students. Plato alluded to lesbianism amongst the women of Sparta, remarking in his Symposium that the women “do not care for men, but have female attachments.”  Among the ancient Greek gods and semi gods who practiced homosexuality, Hermaphroditus had womanly breasts and male genitalia, and is considered to be the earliest known figure of an intersex person. Mind you, it may not be totally the gay utopia that everyone seems to think it was today. Check out this myth busting article to find out more.

Things to see and do

Find out our top tips for Athens things to do with our 24 Hours in Athens guide. For LGBTQ+-specific sites and activities, read on…

Take time to admire the sculptured statues and busts of some of ancient Greece’s most important characters many of whom openly practiced homosexuality in some form, such as the bust of Alexander the Great or the statue of Socrates.

Check out some of Athens’ lesser-known neighborhoods on the Bohemian Tales of the City Tour.

Bohemian Athens Tour : Bohemian Tales of Athens tour and discover the alternative history and culture of one of the world’s oldest and greatest capital cities with a local guide by your side, includes snacks too so you won’t go hungry!

A few hours ferry trip from Athens is the picturesque party island of Mykonos, the Mecca of the LGBTQ+ community in Greece (and beyond). You will find lots of famous bars, clubs, and beaches here, some of which are exclusively or not for gays are located in here. 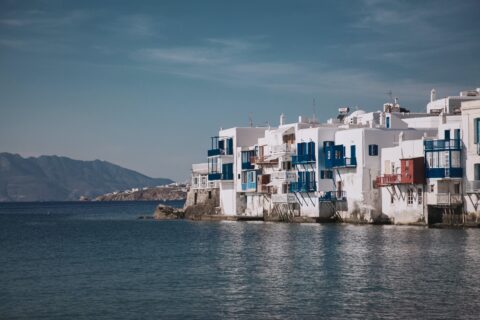 Spend the day at Limanakia on the Athens Riviera, a nudist beach that welcomes nudists of any sexual preference, (making it a popular cruising spot for gay men). There are no restaurants or shops nearby so remember to bring a bottle of water and some snacks if you’re planning to hit the sand or the waves for a while.

A nine hour ferry ride will bring you to Lesvos (more commonly known as Lesbos) Island , the third biggest island in Greece, the home of Sappho, who wrote beautiful poetry about her love for the female sex. With its postcard-pretty villages and stunning landscape, it’s a great place to get lost in. Don’t miss the famous Lesbian seaside village of Skala Eressos where they host the International Women’s Festival every year. The International Festival of Women in Lesbos, is held every year in September. 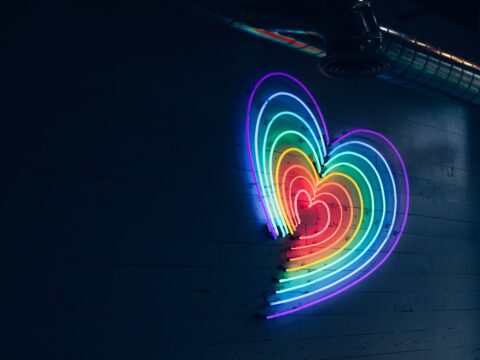 Athens’ most bohemian neighborhood is at the heart of the LGBTQ+ scene here. Discover gay-friendly restaurants, clubs, theatres, and of course, gay bars.

Enodia: Enodia is a traditional Greek-style gay café bar with a pretty private outdoor terrace. The atmosphere is friendly and chilled and the music is solid from Madonna and Lady Gaga to Zorba the Greek-style plate-smashing tunes. €€,Keleou 1, Athina 104 35, Greece

Bear Garage: Decorated in the style of a retro garage, this British-owned Bar is supper-friendly, hosts regular events (check out their Facebook page for listings) and plays a variety of music, from 80’s cheese to disco & house. €€,Keleou 1 – Metro: Kerameikos Athens,Greece, 10435

Beaver Cooperativa: This is a co-operative and its motto states ‘by and for woman.’ Enjoy coffee, beers and small platters amongst a cool-vibes atmosphere. Men are also welcome. €, Vasiliou Tou Megalou 46Α, Athina 118 54, Greece 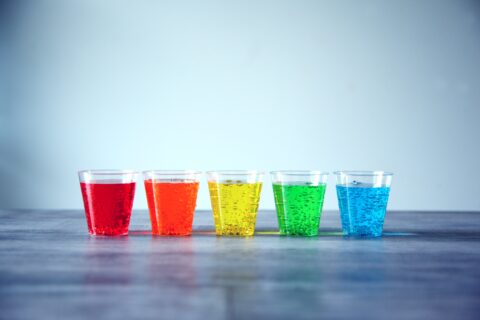 Agia Irini square is one of the trendiest parts of the city, located in the Commercial Triangle District next to the shopping arteries of Ermou and Aiolou Street, the main pedestrian streets of the city. Here you’ll find a whole range of fashionable cafes, bars and restaurants.

Rooster:  A must in the square is Rooster, an all-day gay/straight friendly café bar  with great meals and chilled-atmosphere that hosts often DJs . €€, Pl. Agias Irinis 4, Athina 105 60, Greece

Sitting in the shadow of the ancient Acropolis, this trendy area is known for its unique blend of architectural styles, colourful streets (be sure to check out Filopappou Hill for its mosaics and multi-colored tiles), and locally-owned artisan stores and food offerings.

Koukles night club : Near Siggrou Avenue, there is Koukles night club, a legendary cabaret club famous for its premier drag shows and owned by trans women. An absolute must-see for fans of drag queens and all things kitsch. €€,Greece, Zan Moreas 32, Athina 117 41, Greece