There is a little-known Greek Island with lunar landscapes, beautiful boutique lodgings, famous for its seafood restaurants, quaint and uncrowded downtowns, interesting history and the best waters in Greece….it is called Milos, and it belongs to the Cyclades islands.

If you want to see the most beautiful beaches of the Mediterranean gathered in one place, then you will have to visit Milos which has over 75 small and large beaches, each one different from the others.

Milos is the southwesternmost island in the Cyclades. Like its famous neighbor Santorini, Milos rose out of the Aegean Sea in the midst of earthquakes, tsunamis, and submarine volcanic eruptions and it is equivalent beautiful.

Let us inspire you with what you should do while you are in Milos: 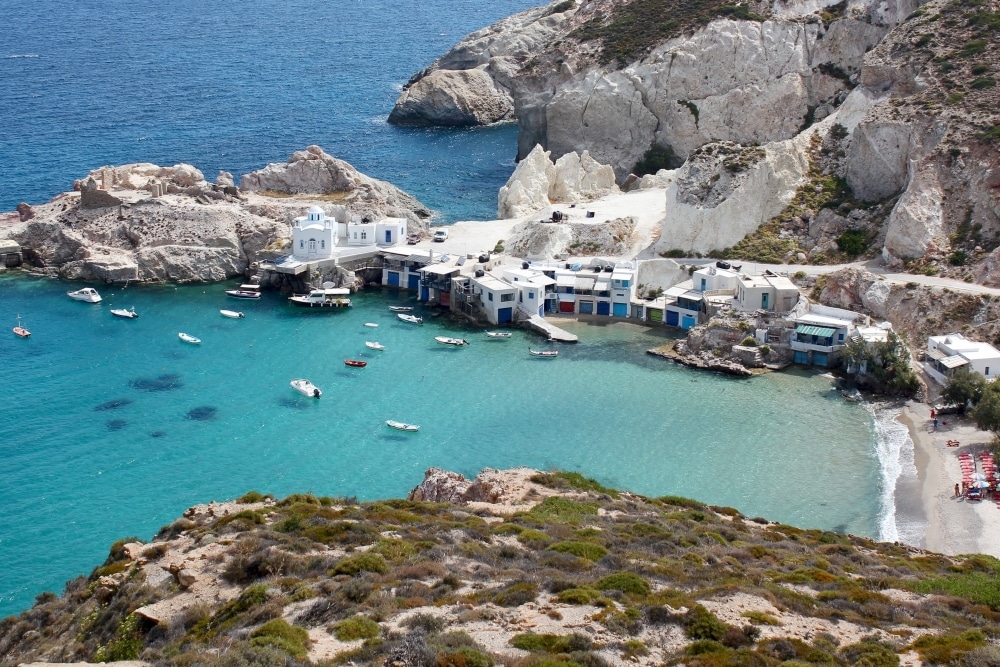 Explore Plaka
Plaka, the capital of Milos island, is a charming and well-preserved small-town sprawled on the highest hill on the Greek island. No cars can enter the village because of the narrow spaces between walls and buildings. Motorbikes, Mopeds, and the like are the only usable vehicles but it is best to explore it on foot. For magical sunsets, pick a table at one of the many cafes with a view and enjoy your cocktail as you see the sun setting and the boats on the horizon. Alternatively, climb to the Castle. It is located in Plaka, and you may get tired of the several steps, but when you reach the top, the incredible view will compensate you. Before leaving Plaka, check out the museum that houses a copy of Aphrodite of Milos. 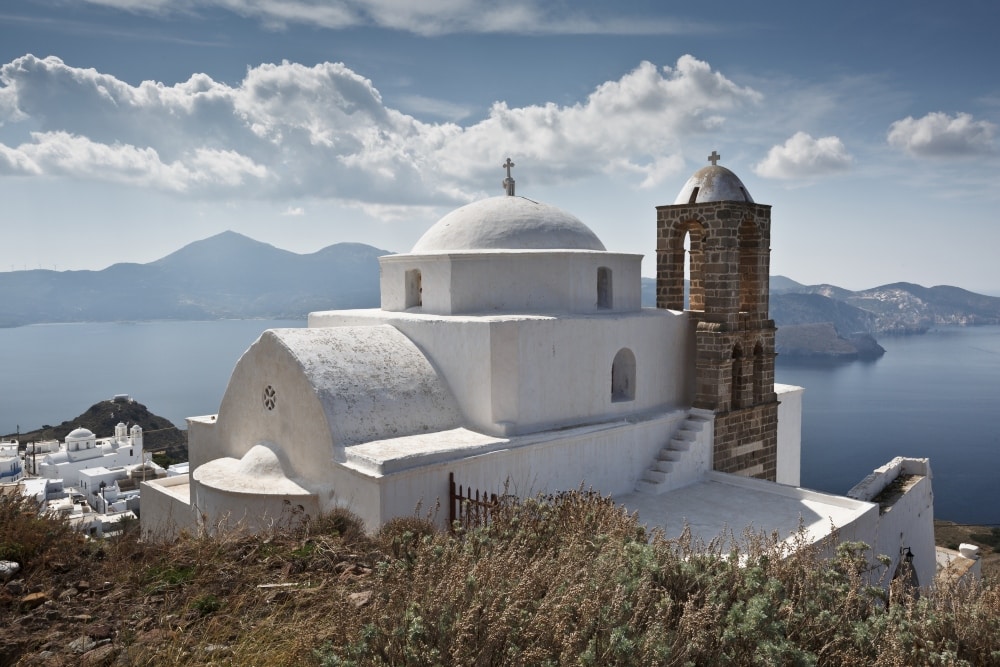 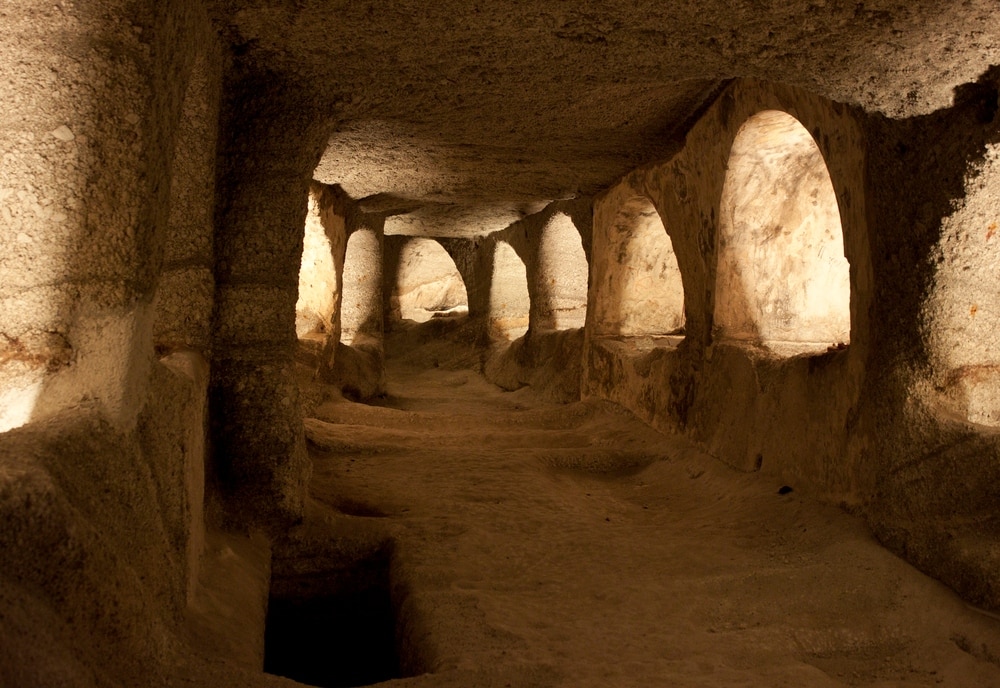 Go West
Rent a car (4×4 even better) and drive to the western part of the island. The route is scenic and ends at the beaches of Ammoudaraki, Triades, and Ai Giannis. They are all with fine light sand and crystal clear waters. Along the way, you have to make a stop at the church of Agia Marina for great views and return for lunch or dinner at Empourio – this is the name of the area, but also of the tavern which has a pier on the sea. Here you will taste local goat meat (the island’s specialty) and steaks, among others. End the day at Triades for its famous sunset. 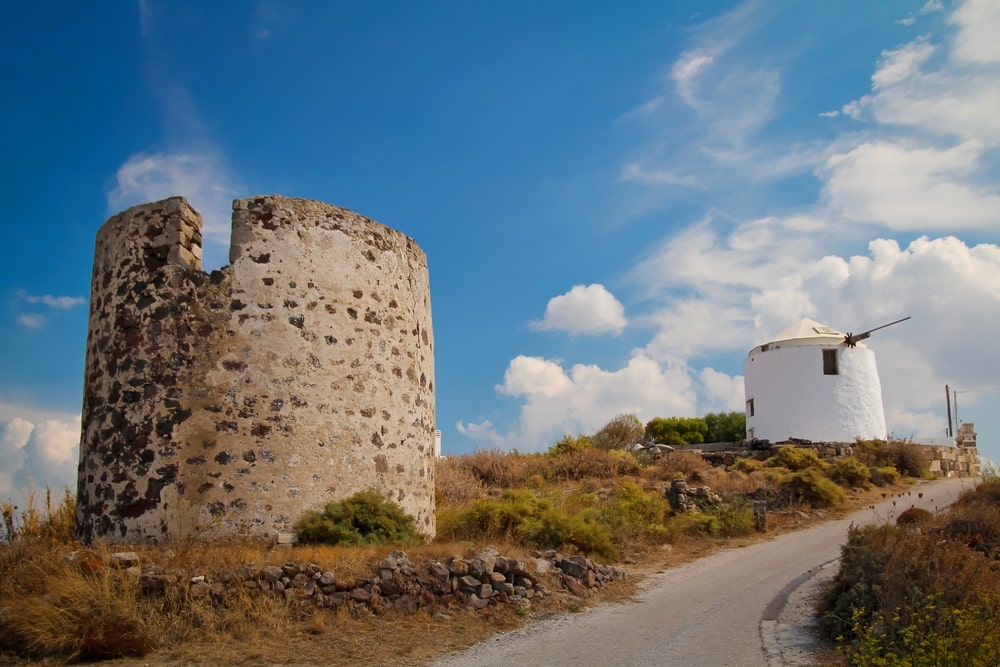 Visit The Venus Of Milos Site And The Ancient Theatre
In Trypiti there is an ancient Roman theater and several ruins. Nearby is the ancient city of Milos. One of the most famous works of ancient Greek sculpture, The Venus de Milo (Greek: Αφροδίτη της Μήλου), now thought to be the work of Alexandros of Antioch, and created sometime between 130 and 100 BC, was discovered on 8 April 1820 by a peasant named Yorgos Kentrotas, inside a buried niche within the ancient city ruins of Milos. Milos is the current village of Trypiti. The ancient Greek goddess associated with love, beauty, pleasure, and passion couldn’t have a more suitable background than stunning and mesmerizing Milos island.
In Klima, located just below, visit the famous colorful “Sirmata” which are also found in Kimolos, these are caves dug in the rock where the fishermen put their boats to protect them from the waves & the weather. 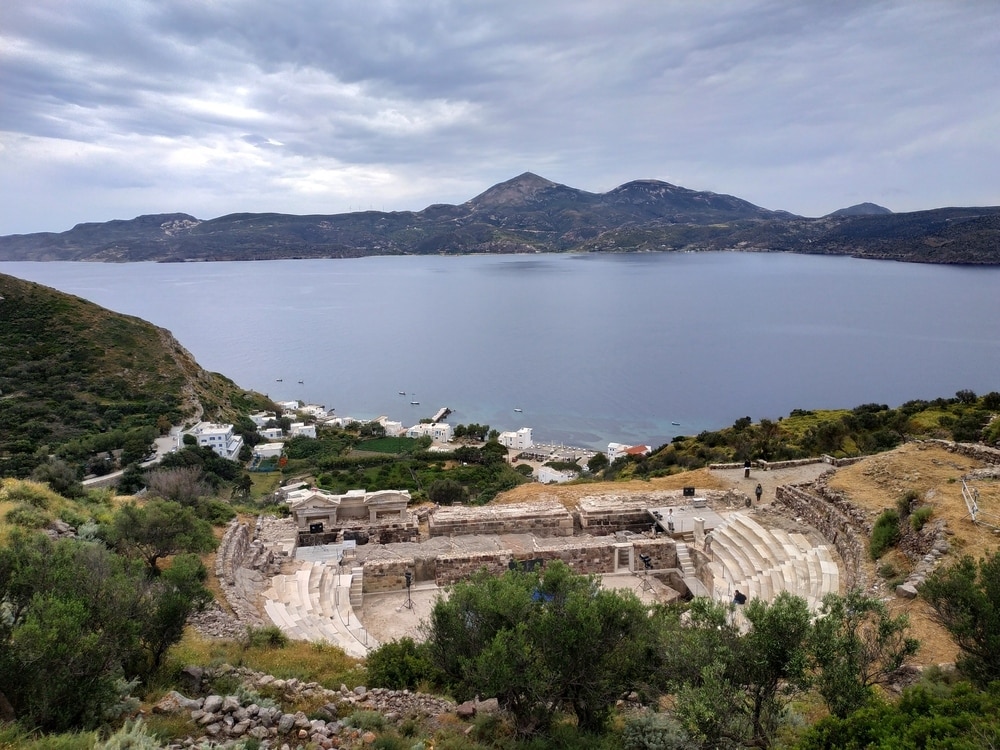 Beach hopping
If you just need one reason to visit Milos than it is for its beaches. There are beaches for all tastes and all-weather. For example, when it blows north, one can move to the south, which will be calm. The beaches around Adamada’s Bay are relatively shallow and sandy. The western ones are approached only by boat. Don’t leave the island without visiting at least some of these postcard-perfect beaches: 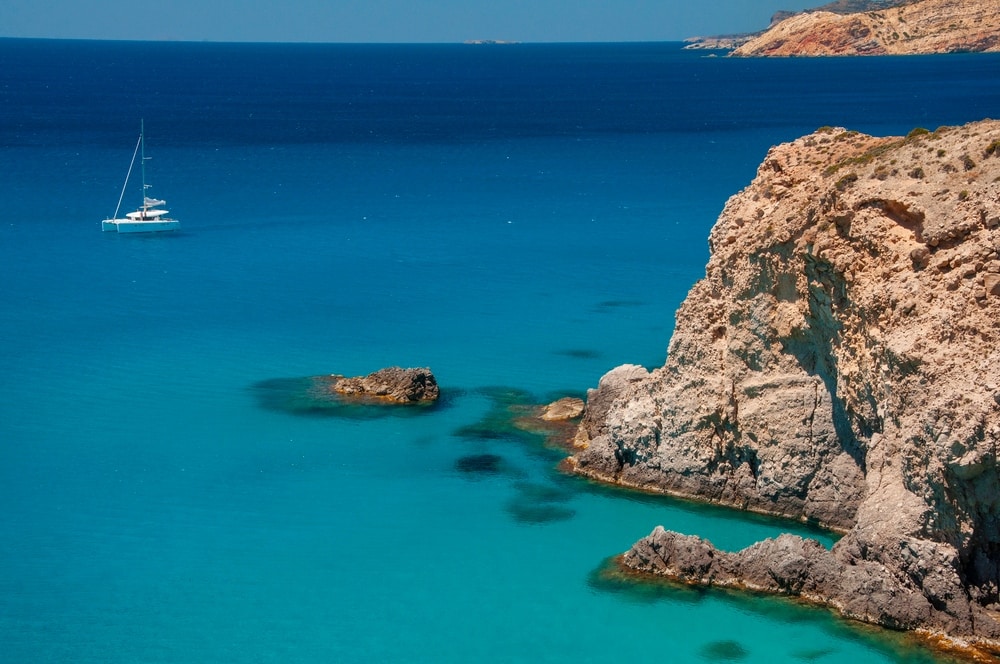 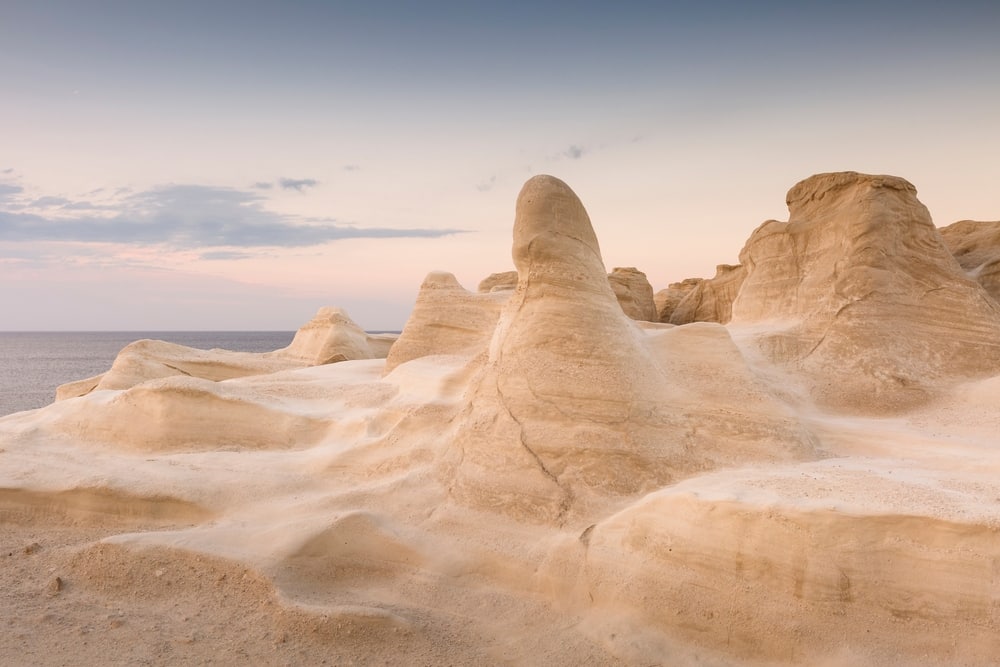 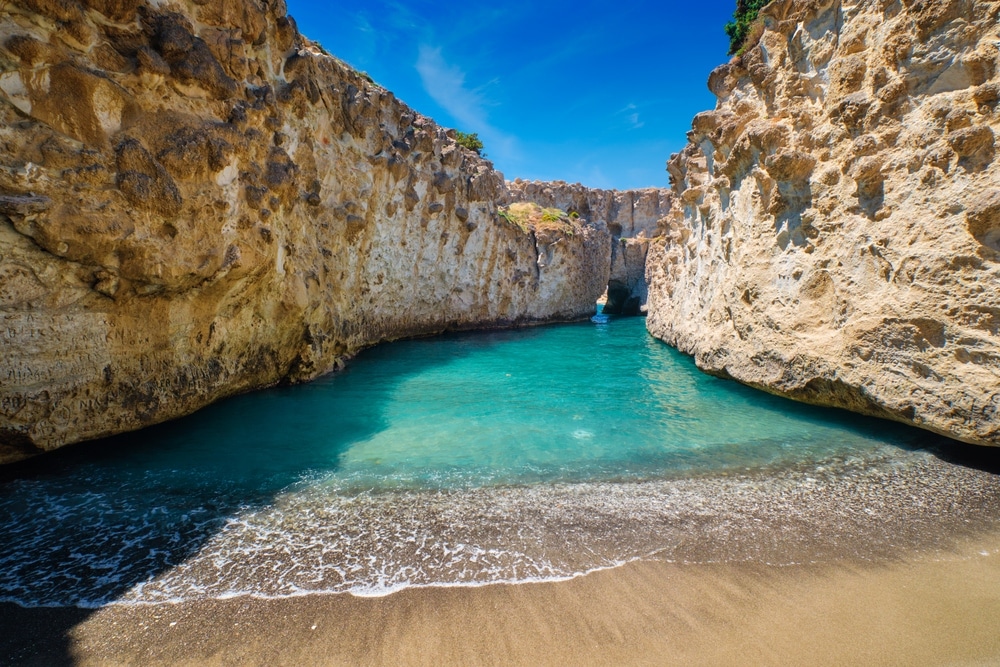 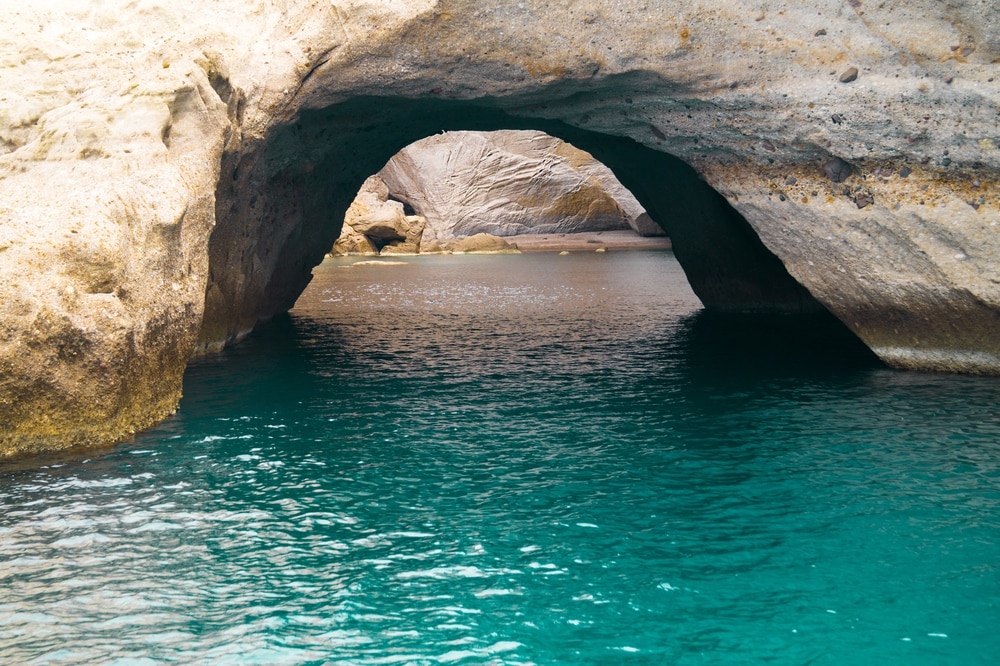 Food-Food-Food
The gastronomy of Milos is diverse and always fresh. The organic local ingredients, its plentiful taverns, its fresh fish, and the variety of its dishes will excite you and your senses. Because the island is volcanic and rocky, the local dairy products are of high quality. Try the traditional flavors of Milos such as the “pitarakia” (dough that folds in 2 in a “D” shape) with a filling of local cheese, onion, and mint, and sun-dried tomato. 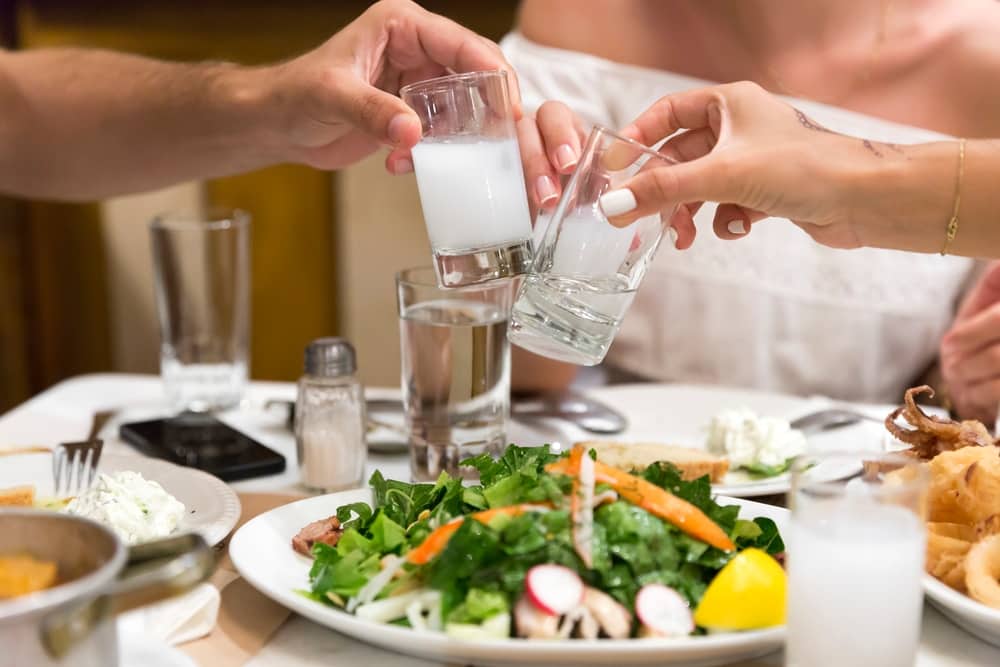 Contact us to create your tailor-made trip to Greece.