Amorgos is the easternmost island of the Cyclades island group and neighbors with Naxos island. The capital of Amorgos island is called Chora (like almost all Cycladic capitals) and has been built in an amphitheatrically and picturesque spot on the ridge of the island. It is considered one of the most beautiful capitals of the Cycladic islands!
Local tip: check out the Tower of Gavras, in the center of Chora, a 16th-century mansion, which now houses the Archaeological Museum of the island, with findings from excavations from the three ancient cities found in Amorgos, Arkesini, Aegiali, and Minoa. 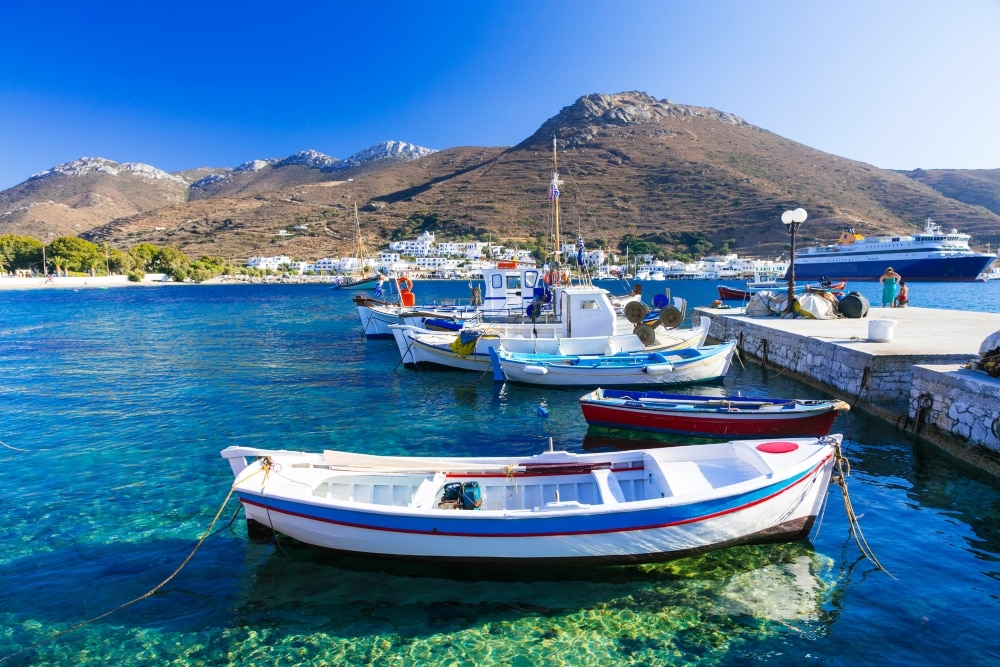 The island has two harbors, the natural port of Katapola and Aegiali port.
Its endless blue waters and wild landscapes have gone under the radar for mass tourism and that makes the island even more idyllic. Amorgos is for those seeking an authentic Greek holiday and invites all intrepid travelers to explore it. It has some of the best waters for scuba diving and “hiking trails”, but in reality, it has a lot more to offer than that… 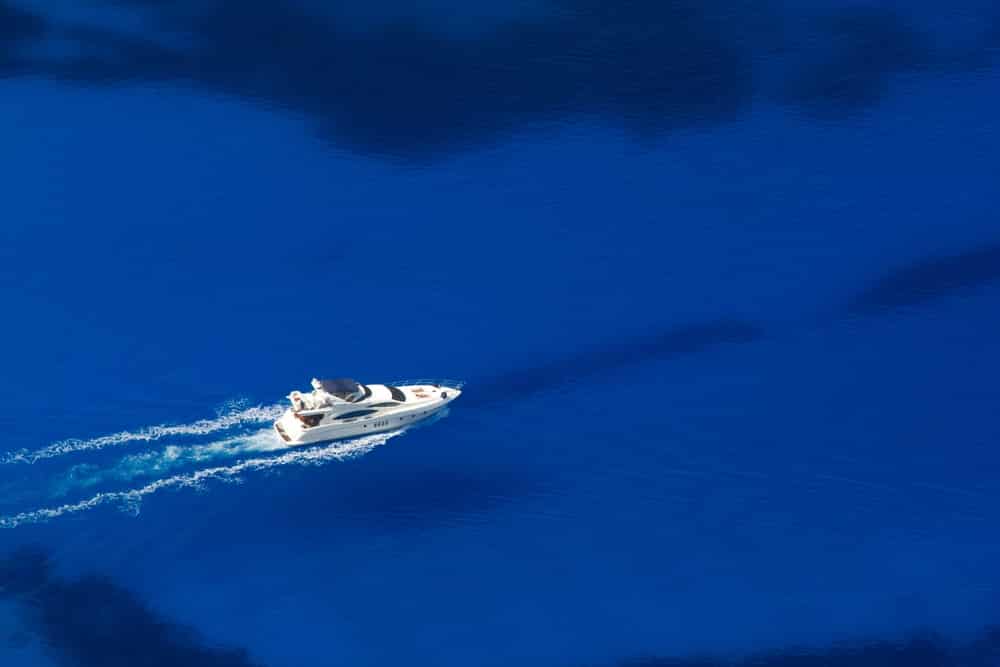 According to archaeological discoveries, Amorgos has been inhabited since the prehistoric era. The natural bay of Katapola played a decisive role in the arrival of the first inhabitants of Amorgos as early as the end of the 5th millennium BC, while at the top of Mount Mountoulia, Ancient Minoa, which flourished in 1100 BC. still survives to the present day, well at least some ruins do and are worth the hike even for the view!

One of the top sights on the island of Amorgos is the monastery of Panagia Hozoviotissa or Chozoviotissa which has been called the “jewel” of the Aegean Sea! It was built in the ninth century (812 – 813 AD) and renovated in 1088 AD by Byzantine Emperor Alexios A. Komninos. The monastic structure appears to be carved into the steep rock-face, and the surrounding landscape ensures that it is visible only from the sea. Nowadays, the monastery is home to three monks who will treat you to a coffee or a shot of raki after entering below the post-Byzantine marble door-frame dating from the 15th century! 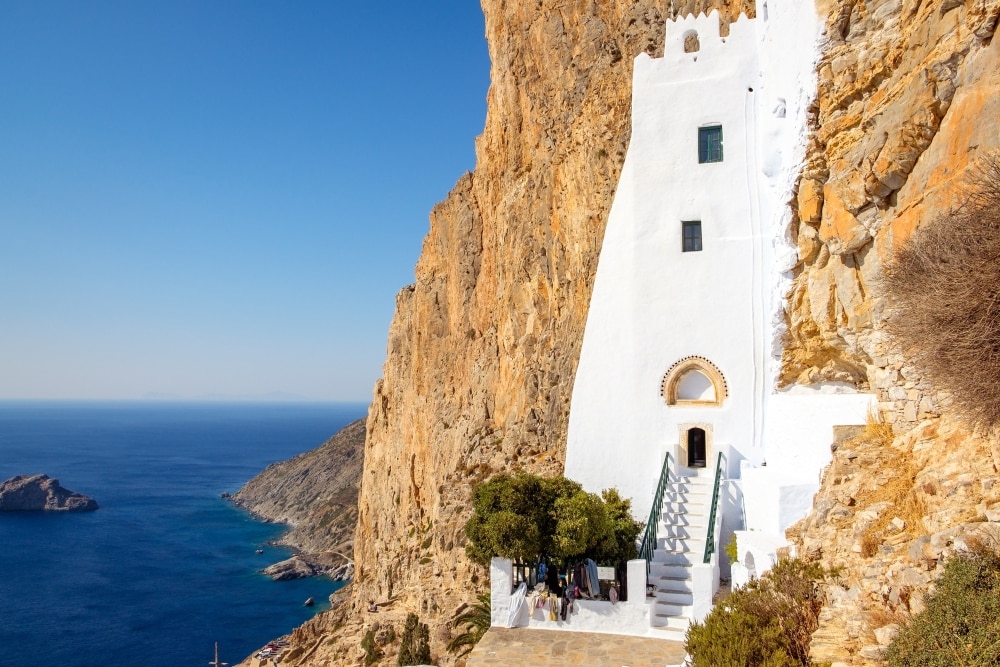 Talking about Raki, (a local distilled alcoholic drink which is produced from the byproducts created from the winemaking process), well, you can’t leave the island without having a few shots of it and especially Rakomelo ( a heated combination of raki with honey and spices)!
It is the culinary trademark of the island along with the local cheeses mostly made from goat milk and those to die for “Xerotigana” the traditional sweet of the island.

Amorgos is a long and narrow island but has eight mapped footpaths, (the old donkey trails that used to connect the villages) worth your attention. Hiking is one of the best things you will enjoy on Amorgos as the views are magnificent and punctuated by the scent of wild herbs. Our favorite is the “Palia Strata” (the old path), which covers almost half of the island and is about 20km. It starts from the “Kalogerikos” spot in Chora and ends at Aegiali, a cluster of villages at the northern edge of the island and the second port of Amorgos. 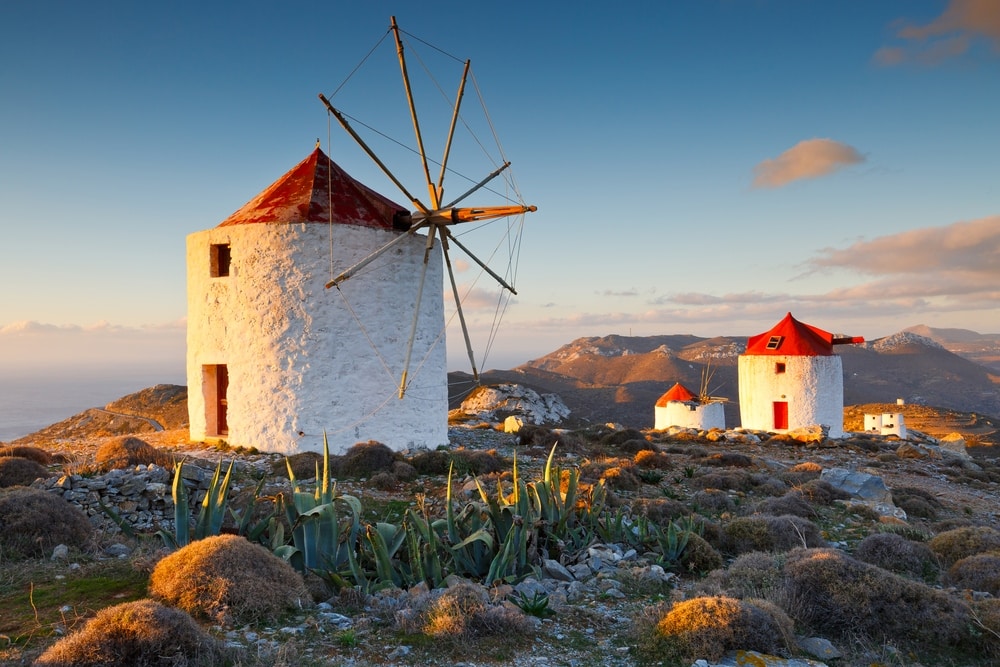 And after a hike what is better than a dive into crystal clear blue waters? Amorgos has many magnificent beaches with sand, peddles or rocks and the best advertisement ever has been
Luc Besson’s film The Big Blue (1988), in which Agia Anna beach and the eponymous chapel (perfect for weddings!) above the tiny bay, can be seen but also the island’s landmark, the monastery of Panagia Hozoviotissa. The island was also featured in Giorgos Kordelas’ film Ariadni (2002). 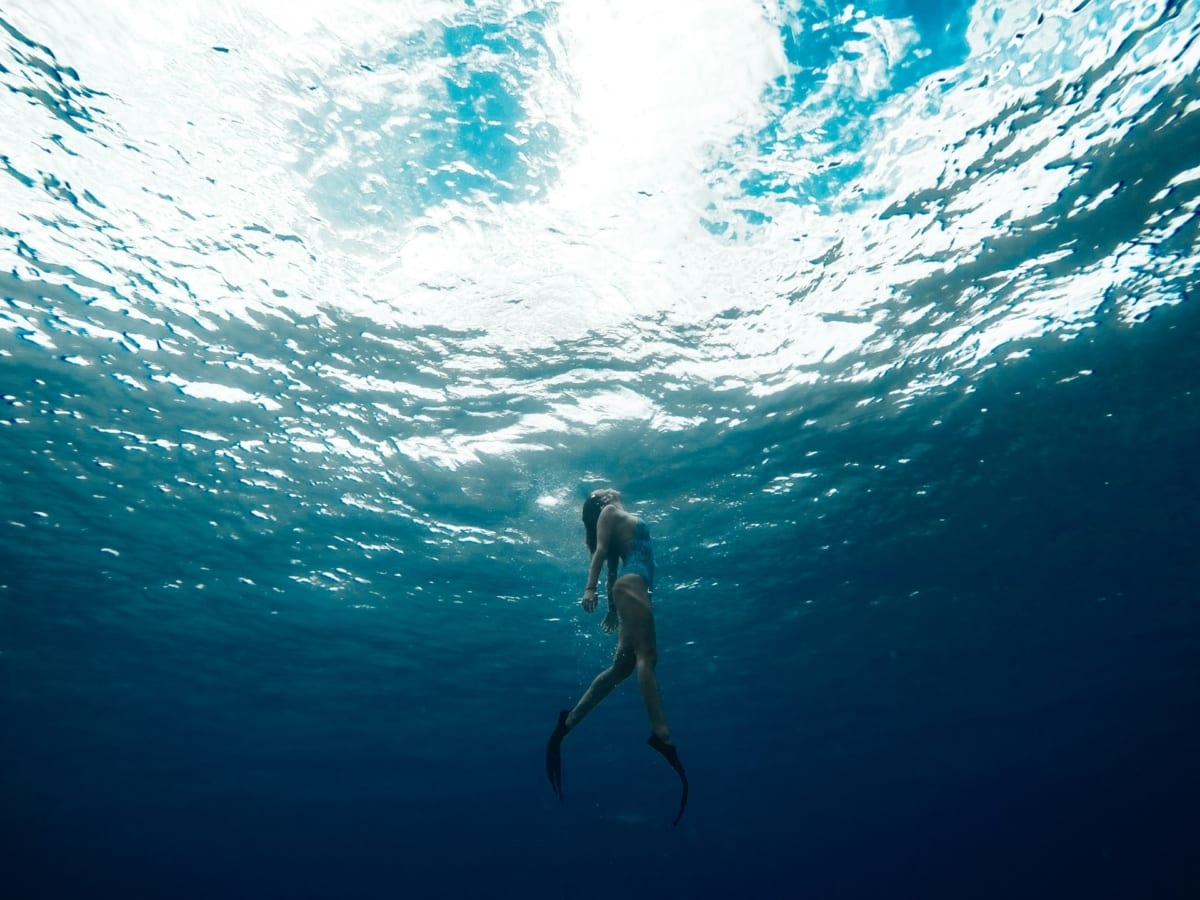 The best way to discover all the beauties and secluded beaches of the island is to take a boat tour. Many companies in Katapola and Aegiali organize daily excursions, making many stops on beaches accessible only from the sea. You can swim or dive in the clear blue waters of the Aegean and snap Instagram perfect photos. Best setting the beaches of Agios Pavlos beach, with sand and pebbles and Mouros with its deep blue clean waters, near the village of Vroutsi. 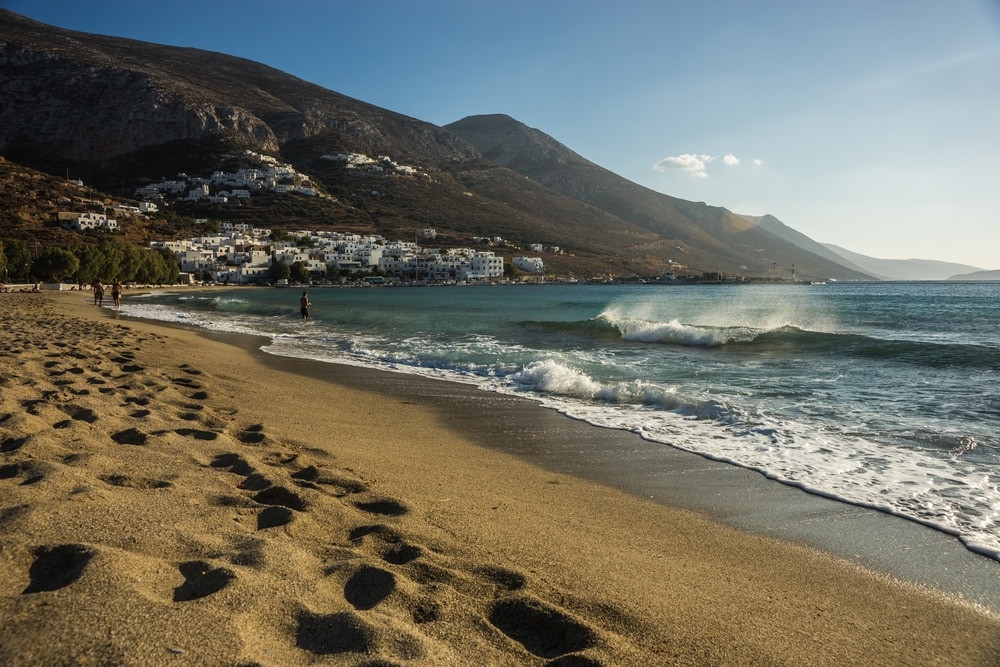 Longing to discover? Contact us to tailor-make your trip to Greece.